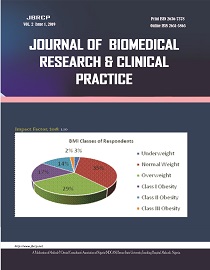 Maternal mortality continues to be a problem in the developing world, and unfortunately few pregnant women receive antenatal care (ANC) from skilled attendants in this region. It is known that men play a significant role in the health-seeking behavior of their families. Their involvement in ANC services may lead to improved women’s clinic attendance and maternal health. This descriptive cross-sectional study aimed to determine the proportion of husbands in Maiduguri, North-eastern Nigeria that accompanied their wives to ANC clinic, discussed issues related to pregnancy with them, and also the factors that influenced this role. A multi-stage sampling technique was used to recruit 307adult males, 18 years and above, who had fathered at least one child in the last two years preceding the study. Data were collected using pre-tested researcher-administered questionnaires designed from USAID Compendium of Indicators for Evaluating Reproductive Health Programs, and Health Belief Model of Health Behavioural Change Theory. The data was entered into the IBM SPSS software version 20.0 (New York, 2011). An analysis was performed to identify variables that suggest a significant association using Odds ratio and p-value <0.05 at 95 % confidence interval. Out of the 307 respondents recruited, 225 (73.3 %) were involved in ANC services. Educational status beyond primary school level, Christian faith, having means of transportation and couples making a joint decision on ANC were significant predictors for husband’s involvement in ANC services(P<0.05). Similarly, a good condition of ANC services and spending less than 30 minutes waiting for consultation (P=0.008) were significant health-related predictive factors.